A warm, bright and sunny weekend, except for thick mist and 40mph winds on the top of Scafell! We met at the Woolpack Inn at Boot in Eskdale, from where we walked up into Upper Eskdale via Brotherilkeld to Lingcove Bridge from where we headed up into Green Hole below Bow Fell. We then crossed over High Gait Crags and, due to dry streams, dropped down to Upper Eskdale above Great Moss. We then decided to tackle Scafell via Cam Spout and Foxes Tarn, only to have almost zero visibility on the summit, although we soon dropped down below the cloud en route to Slight Side where we had lunch. We then followed the Terrace Path back to Boot. 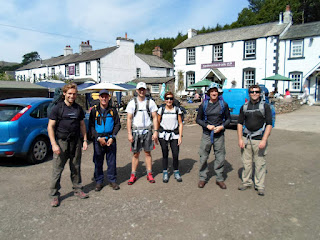 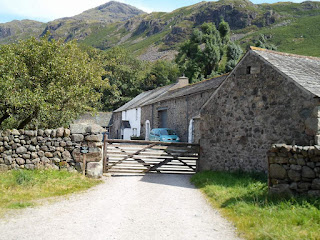 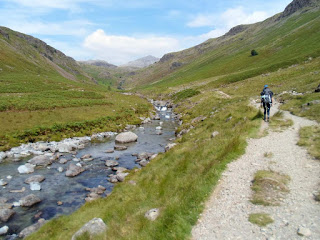 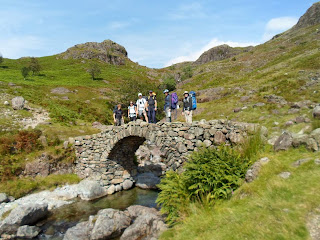 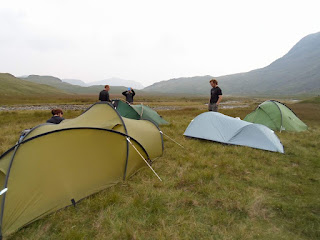 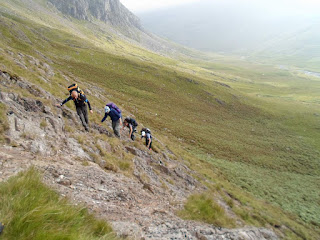 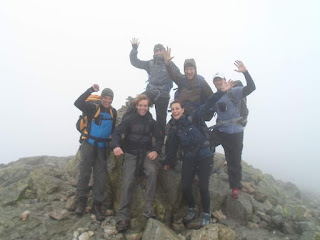 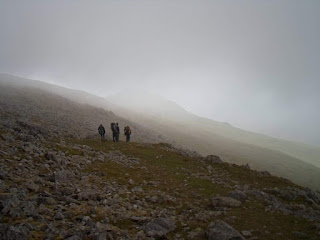 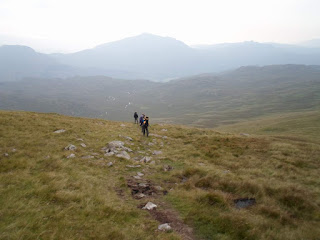