Can you use a compass? 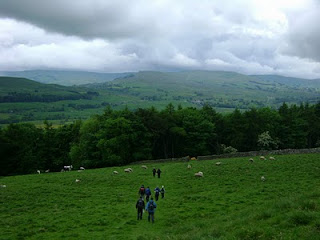 A recent study has shown that..."A third of the 3,000 people surveyed said they had never done any of the following 'great outdoors' activities: fished, started a campfire, ridden a horse, used a compass, gone hill walking, swum in natural water or stood on top of a mountain."

"The research found that 59 per cent of those who admitted they had never undertaken an outdoors activity said it was because they had never been given the opportunity, while a third said they had been too scared to try. "

Here at TeamWalking we take groups out hill-walking, teach people navigation skills (including compass work) and get people to experience the Great Outdoors in a fun and inspirational way

http://www.teamwalking.co.uk/
Posted by Mark Reid at 6:06 AM No comments: