As you may know, I'm a BIG Elvis fan. I have always dismissed every Elvis Tribute Act as a poor imitation of the real thing - no-one has ever got close, in my opinion, to looking and/or sounding like Elvis.

I have changed my mind.

I went to see Chris Connor last week and was totally amazed - he looks, sounds and moves just like Elvis in 1970 (from the classic 1970 Elvis documentary 'That's The Way It Is'). For much of the concert I had to keep telling myself that I was not watching Elvis! Chris has got Elvis' voice, mannerisms and moves to perfection.

If you're an Elvis fan, go and see Chris Connor...

http://www.chrisconnor.org/
Posted by Mark Reid at 2:20 AM No comments:

The 'old' record of 27 people and a dog squeezed into Yorkshire's smallest bar (8-ft x 6-ft) - the 'Little Bar' at the Birch Hall Inn at Beck Hole - has stood since the launch of the 1st Edition of The Inn Way... to the North York Moors back in 2000.

Yesterday, Mark Reid decided to re-launch the new 2nd Edition of his North York Moors book at the Birch Hall Inn once again and broke this long-standing record, with 30 people shoulder to shoulder in the 'Little Bar' of the Birch Hall Inn.

The Birch Hall Inn is one of England's classic country pubs, and features along Mark Reid's long distance route The Inn Way... to the North York Moors - 6 days, 89 miles, 31 pubs. 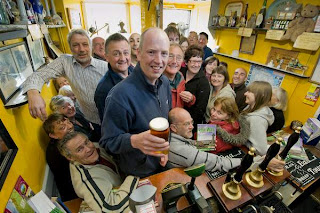 THE INN WAY TO THE NORTH YORK MOORS

see you there!
Posted by Mark Reid at 3:48 AM No comments: 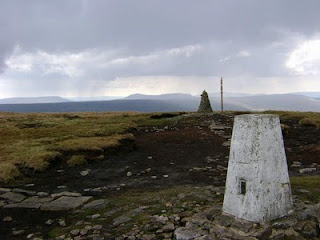 The Inn Way to the North York Moors

The Inn Way... to the North York Moors

Fully revised, updated and re-walked with an 8-page colour photograph insert that brings the route alive. 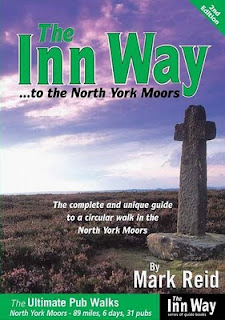 The Inn Way website
Posted by Mark Reid at 4:55 AM No comments: 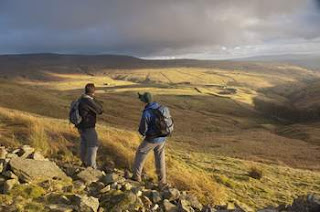 Ian Belcher has been named VisitEngland's 'Travel Writer of the Year'. He won the award for his article that appeared in The Guardian last April entitled 'It will all end in beers', which charted his walk along 'The Inn Way to the Yorkshire Dales'. Mark Reid accompanied Ian on this walk, along with three Canadian brothers - the Eagar Brothers - who were filming the walk for their adventure travel TV show.

The Inn Way to the Yorkshire Dales
Posted by Mark Reid at 10:13 AM No comments: